The Voice Project - Travels In Light

Jon and Sian run Norwich's The Voice Project, a community choir made up of 200 people that perfrom brand new site specific pieces of choral work all over the city in the strangest of places. The final part of their trilogy about being asleep and awake, Travels In Light, will be happening in January, and they're looking for people to join in. I spoke with Jon about their plans, and how singing 40 people to sleep in The Assembly House went for the Norfolk and Norwich Festival earlier this year.

So,  Jon, we last chatted to you right before the Norfolk and Norwich Festival in May earlier this year, when you were about to perform your new show The Arms of Sleep at The Assembly House, although really I should say experience, not show. How do you feel it went?

It was hard work but really rewarding and the audience response was great and very moving. Looking back on the event I think each of the five shows had a different character and that largely depended on the audience. Memorable moments for me included watching the faces as people first came into the main sleeping space, the 2.30am dream sequence and the final farewell at 8.00am. I also really liked the bedtime story-telling.

Is there anything you’re going to change about it before you take it to Brighton Festival?

Well, the piece is quite adaptable - it has to be - so we can make it specific to the building we’re working in, so we will be making minor tweaks – maybe the order of the pieces of music, plus a bit of re-staging. I think most of the show will remain intact, though as people who’ve worked with us before know, things can change pretty late in the process! Also of course, we’ll be working with a mostly Brighton-based choir most of whom we haven’t yet met so I’m sure that’ll influence how we work and maybe that will introduce ideas that we might use in the piece. 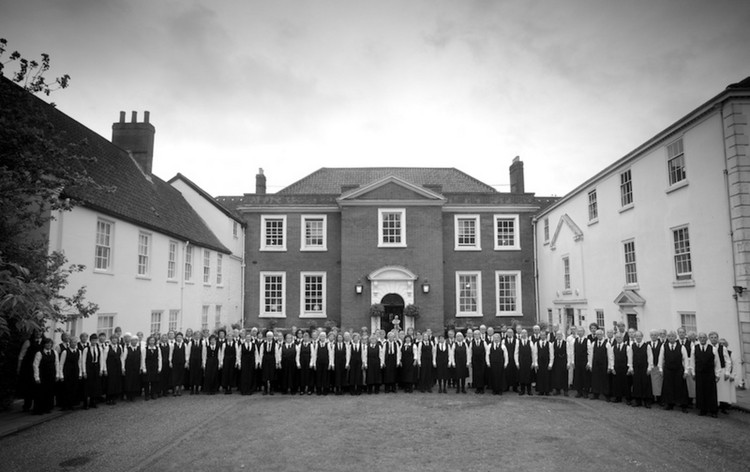 The Arms of Sleep was the second in a trilogy of pieces about sleep, dreaming and waking, and all the bits in between. You’re now preparing for the final piece, to be revealed in January 2018. Can you tell us anything about what we can expect yet?

We’re still working on the ideas for the new show. We’re calling it Travels in Light and for this one we’re concentrating on the themes of dreaming and waking. Sian found a great quote from the painter Paul Nash (there’s an amazing exhibition of his work on at the Sainsbury Centre at the moment) which relates really well to the themes: “The divisions we may hold between the waking world and that of the dream are not there; they are porous; in a word, they are not there”. That seems to sum up what we’re trying to do with this show. There will probably be an element of promenade and some new pieces of music for the choir. Oh, and it will take place in the city centre.

How long have you been working on this final piece?

The idea of the whole trilogy has been in development for about three years of practical work but we’ve been thinking about it for a lot longer than that. As far as this final part goes, I suppose it’s flowed out of the other two shows so it feels quite natural. 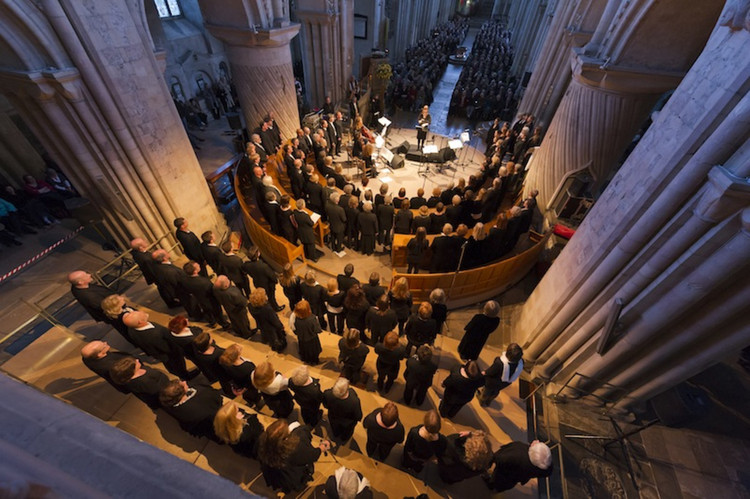 How have you found creating a trilogy of works – has it been easier or harder than expected and what have you learnt from it?

We’ve had a great time doing it. The themes develop over time and we like reincorporating ideas from previous shows. Sometimes the process can be complicated but we work with a great production team, the Norfolk & Norwich Festival have been very supportive and there have been rewarding moments along the way – for example, when the choir ‘gets’ a piece that we’ve been working towards for ages or some staging or choreography that comes together and looks great. I liked what our sound designer, Jason Dixon said about The Arms of Sleep – “A lot of people would never have taken this further than a drunken conversation in the pub. And that would have been a great, great shame”

Can you remind us about what The Voice Project is, and does?

The Voice Project is essentially an educational education and performance organisation Sian and I set up in 2008. We run all types of singing courses from Singing from Scratch to Men’s Voices to Starting to Read Music for Singers. We also make large-scale choral performance pieces which are usually site or theme-specific, working with singers with all levels of experience – from none to lots – with newly-composed music. 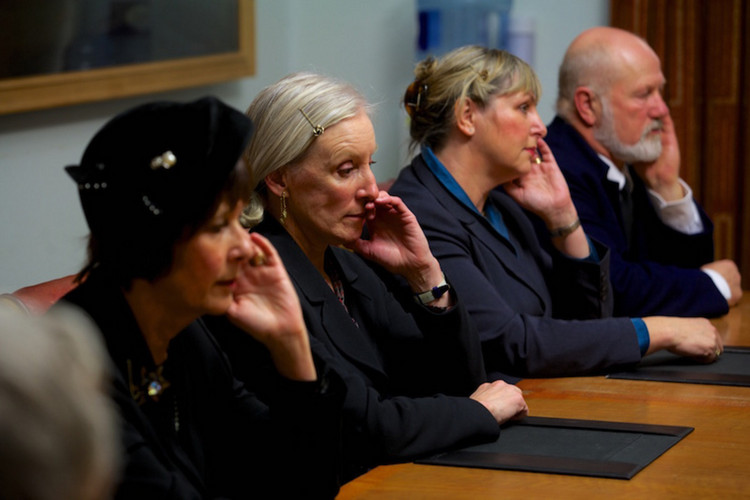 Are you looking for people to join in with this winter project?

Yes, we’re always looking to get new people involved. The choir isn’t permanent – some people do every project and some people join for one project, go away for a while and then return. It’s flexible like that and it keeps it fresh.

What sort of people are in The Voice Project, and what do you feel people get out of being involved?

All sorts of people are involved in the choir from lots of different backgrounds and levels of experience. Also, there are some people who have never felt confident in their singing ability but who feel comfortable in the choir. There’s lots to learn about music in general and singing in particular. We choose the words that are set to music very carefully and people often relate to them deeply. Also, people get a lot of fulfilment from achieving something artistic in amazing, interesting buildings. 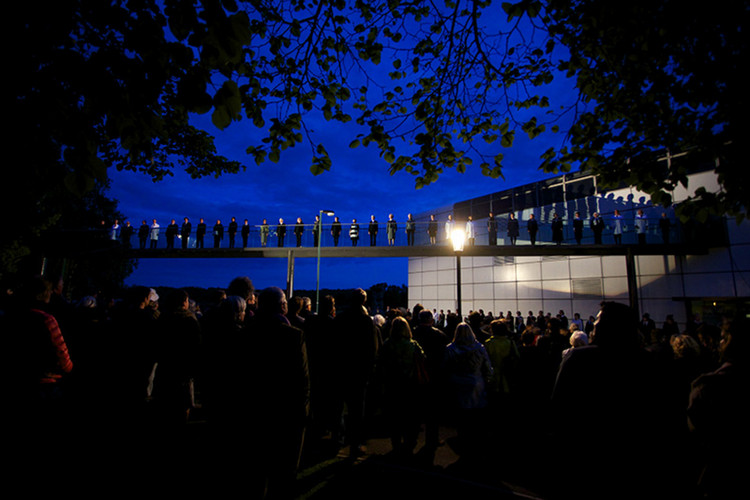 We think pretty much everyone can sing or at least be taught to. It’s mostly a matter of developing listening skills and Sian and I work hard on developing those skills because we teach everything by ear although we make scores available to people who want them. And no, we never audition.

Is there a charge to be a part of The Voice Project?

Yes, we do charge for each project and people can find the list of charges on our website. (www.voiceproject.co.uk). However, we always point out that we don’t want any participant to be excluded because they feel they can’t afford it, so we also offer concessions and a small number of bursaries on application to assist participants financially.

The best way to get involved is to take a look at the Take Part page of the Voice Project website and look at the courses and choir opportunities on offer. We will be running a no-obligation taster session for the new project, Travels in Light which will be performed in January and everybody is welcome to come along. At that we’ll be learning some simple choir pieces from the new show and creating a friendly and approachable introduction to choral singing and what’s involved.  The taster will be at the Friends Meeting House on Upper Goat Lane, Norwich NR2 1EW on Tuesday October 10th at 7.30pm. Rehearsals will run on subsequent Tuesdays plus some Saturdays.